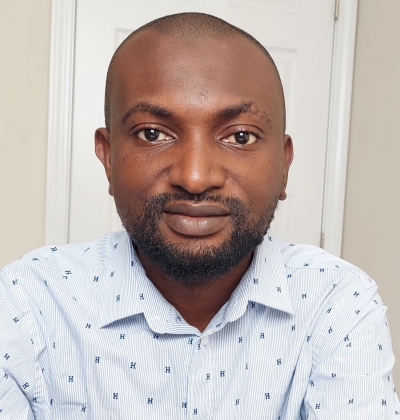 I am a general linguist who is fascinated not only by the cognitive aspects of human language but also its social dimensions. My research has mainly focused on sociolinguistics, discourse analysis, and general linguistic theories (of syntax, semantics, and phonology). I have also been interested in the interfaces of these sub-disciplines. A major consequence of this broad interest is the opportunity it affords to approach linguistic phenomena from multiple perspectives and to recognize linguistic problems that are best explained in terms of interface generalizations.

My work in sociolinguistics focuses on language variation and change in contact settings with a special focus on West Africa. My research in this regard engages with the literature on the globalization of the English language and examines its far-reaching effects on the languages of West Africa. I am interested in the influence of English on the core grammars of West African languages and how the resulting changes and variations are constrained by social and geographical factors. I am curious to know what the contact situations between English and West African languages can tell us about the ways that languages vary and change based on different sociolinguistic parameters. My work also investigates the roles that urban youth vernacular cultures play in contact-induced language variation and change.

In the area of discourse analysis, my research examines the discourse strategies that fake news reports employ and how the “discourse universes” that they create impact the mental models of those who consume them. My research emerges from an assumption that to fully understand how it is that people consume digital falsehood without knowing we need a better understanding of how discourse strategies and non-linguistic devices work together to create digital misinformation that is hard to detect. With the roles that fake news reports have played recently in politics, this genre is a viable site to explore the interconnection between discourse, cognition, and society, and I am curious to know how findings in this area can lead to a better society.

My research in theoretical linguistics comes in various shapes. My work in syntax focuses on the morphological (and phonological/lexical) alternations of syntactic objects and what this tells us about the human language faculty. I am particularly interested in how and why Universal Grammar (UG) permits the externalization of syntactic objects in more than one way. I have explored this question within the Minimalist Program in the areas of negation, pronouns, left-periphery heads, and negative polarity items. My work in formal semantics is in the area of genericity. I am interested in the ways that natural language expresses genericity and kind reference as well as how ontological considerations can inform an explanatorily adequate semantic theory of this phenomenon. My work in phonology examines language contact phenomena that give rise to free, gradient, and lexically conditioned phonological variations as well as how existing phonological theories can be harmonized to explain this.

I also have an ongoing community-engaged work that seeks to make general STEM knowledge available in the Yoruba language. More information is available on the project’s website and Facebook page.

Dissertation: Contact-induced variation and change in Yoruba: Optimality in grammar and its social dimensions