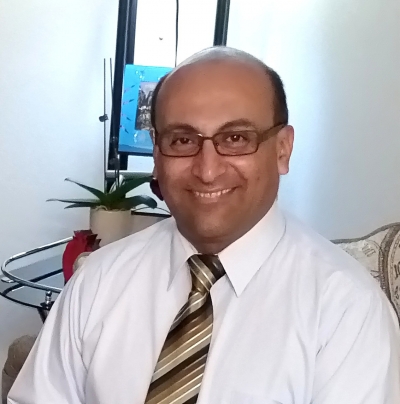 Dr. Nikbakhtzadeh is a Medical Entomologist and also a Chemical Ecologist. After graduating with his second PhD in Chemical Ecology, he pursued towards a postdoctoral research position at the Ohio State University. In his career journey, he has been a scientist at the UC Davis and also worked as a vector biologist for the state of Vermont. Recently, he has been an adjunct assistant professor in the School of Public Health, San Diego State University.

He is interested in many topics within the "Environmental Health" area, such as vectors & vector-borne diseases, vector control, IVM (integrated vector control), toxic substances, conservation, disturbed habitats and its impact of the public health and the risk assessment. He has taught courses like Medical Entomology, Epidemiology of Vector-borne Diseases, Toxicology of Pesticides, Malarialogy, Integrated Pest Management in other institutions, and currently teach "Principles of Environmental Health" and "Control of Vector-borne Diseases" at Cal State San Bernardino.

He has had collaborations with the County of San Diego, California Department of Public Health, San Diego Natural History Museum and the local colleges in southern California. Dr. Nikbakhtzadeh is member of a number of professional societies, including Entomological Society of America, the American Mosquito Control Association and German Society of General & Applied Entomology. He is also member of editorial boards of some journals, including Journal of Arthropod-borne Diseases, and SM Journal of Biology.