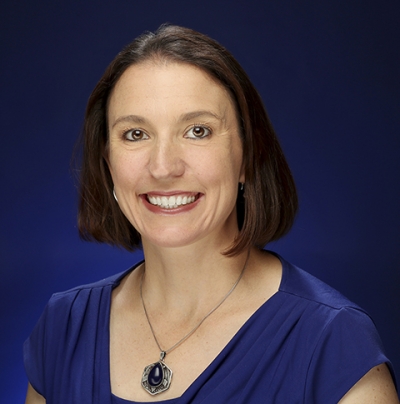 Kate Liszka received her BA in Classics and Ancient Mediterranean Studies and International Studies at Penn State University.  Then she went on to receive a MA and PhD in Near Eastern Languages and Civilizations, focusing on Egyptology from the University of Pennsylvania.  After receiving her degree in 2012, she became a Cotsen Postdoctoral Fellow in the Society of Fellows at Princeton University. She has taught a variety of classes on Ancient Egypt and Ancient History at Roosevelt University, Loyola University, and Princeton University.  Kate is interested in all things ancient and archaeological, but her specific research focuses on ancient Nubians interacting with Egyptians and the Egyptian government. She specifically examines these issues as part of two projects. She is currently finishing a monograph on the Medjay, a group of pastoral Nubians who may become an important group of soldiers in Egypt’s Middle and New Kingdoms (c. 2300-1000 BCE).  Kate also directs the Wadi el-Hudi Expedition to the Eastern Desert. This archaeological and epigraphic project looks at ancient Egyptian mining activities, their organization, and individuals who participated in them, especially in light of ancient ethnicities.

Ph.D. and M.A. University of Pennsylvania, Department of Near Eastern Languages and Civilizations

Egyptian Mining Expeditions, Their Buildings, and their Slaves

Research Interests: Her research for the last decade has focused on interactions between Nubians and Egyptians and on interactions between Nubians with the Egyptian government. This has culminated in two large research projects. First, she working on a manuscript entitled From Pastoral Nomads to Policemen: The Evolution and Role of the Medjay in Ancient Egypt and Nubia, c. 2300 to 1250 BCE. Based on her doctoral dissertation, this work examines issues of ethnic identity in antiquity as well as the role of Nubians in Egypt. Second, she directs an archaeological project in Egypt at Wadi el-Hudi. This is a series of sites in the Eastern Desert where the Egyptian government sent large expeditions to procure amethyst during the Middle Kingdom (c. 2000-1750 BCE) and the Roman Period (1st – 4th cent. CE). In this project, her team is examining the organization of large-scale mining operations, as well as the role of individuals and the role of foreigners in those expeditions.

Liszka, under review. “Retiring Ethnicity in Egyptology: The Unhelpful Dichotomy of Egypt versus Nubian” in (De)constructing Nubia, ed. Aaron de Souza.  To appear in 2022.

Liszka, under review. “Eight Medjay Walk into a Palace: Bureaucratic Categorization and Cultural Mistranslation of Peoples in Contact” Challenging Assumptions: Critical Approaches to the Social History of Ancient Egypt, eds. Kara Cooney, Nadia Ben-Marzouk and Danielle Candelora.  To appear in 2022.

Liszka and de Souza, 2010. “Pan-Grave and Medjay: At the Intersection of Archaeology and History” The Oxford Handbook of Ancient Nubia, eds. Geoff Emberling and Bruce Williams. 227- 249. Oxford: Oxford University Press.

Liszka and Kraemer, 2016. “Evidence for administration of the Nubian fortresses in the late Middle Kingdom: P. Ramesseum 18.” Journal of Egyptian History 9: 151-208.

Kraemer and Liszka, 2016. “Evidence for administration of the Nubian fortresses in the late Middle Kingdom: The Semna Dispatches.” Journal of Egyptian History 9:1-65

Liszka, 2015. “Are the Bearers of the Pan-Grave Archaeological Culture Identical to the Medjay-People in the Egyptian Textual Record?” Journal of Ancient Egyptian Interconnections 7:2: 42-60.