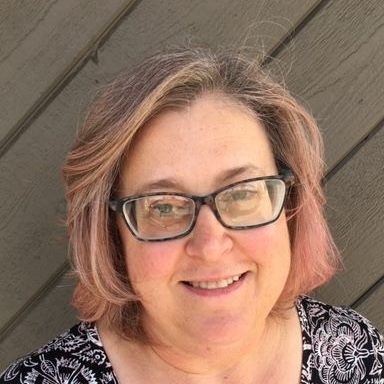 Some things about me:

I did my undergraduate degree in Classics at U.C.L.A.. Classics is a very interdisciplinary humanities major, touching on history, literature, political theory, philosophy, archaeology and art of the ancient Greek and Roman worlds in the original ancient Greek and Latin languages. I find it a thrilling sort of time travel hearing ancient people in their own words. They were certainly no less intelligent than we are, however different some of their values and concepts may be. My Ph.D. is in English Literature from Yale University. The training was extremely broad when I was there, with orals exams covering nine areas from Old English to contemporary literature. My teaching in English literature at CSUSB concentrates on the earlier history of literature, ranging from medieval literature to the Enlightenment. I have a special interest and expertise in comedy and satire from Aristophanes to Jonathan Swift. My approach to interpretation, shaped by my classical training and natural inclinations, tends to be historically oriented, situating texts in their social and intellectual contexts.

Early Modern English Literature
Political Satire. My work on early modern political satire is driven by a fascination with the verbal ingenuity of writers living under regimes where free speech is restricted yet who find ways to comment on taboo subjects.

I studied Spenser with Seth Weiner and Susanne Wofford.

I studied Swift and Augustan Satire with Claude Rawson.

I studied Homer with Katherine King.

I studied Greek and Roman historians with Steven Lattimore and Sander Goldberg.

I studied Plato and Aristotle with Michael Haslam, Ann Bergren, and David Blank.

I studied Virgil and Catullus with Philip Levine.

I teach early English Literature (and earlier Greek and Latin literature) as part of the humanities broadly conceived. We can learn from people who are not exactly like ourselves and we can learn from the past not to expect a consistency and coherence that we would never attempt or achieve ourselves.

Editor with Elizabeth Sauer of Books and Readers in Early Modern England (University of Pennsylvania Press, 2001).

Guest editor with Elizabeth Sauer of Literature and Religion in Early Modern England: Case Studies; a special issue of Renaissance and Reformation n.s. 25.4 (2001).