Aaron Bekemeyer, a lecturer in modern U.S. history at Harvard University, will present “What Is Accountability?  A History of Philadelphia's Police Advisory Board,” at the next Conversations on Race and Policing on Oct. 5 on Zoom.

The history of the police advisory board in the city of Philadelphia will be the topic of discussion at the next Conversations on Race and Policing at Cal State San Bernardino.

“What Is Accountability?: A History of Philadelphia's Police Advisory Board,” a talk by Aaron Bekemeyer, a lecturer in modern U.S. history at Harvard University, will be presented at 1 p.m. Wednesday, Oct. 5, on Zoom. The program is free and open to the public, will take place on Zoom beginning at 1 p.m. on Wednesday, Sept. 28. It can be accessed from a PC, Mac, Linux, iOS or Android at https://csusb.zoom.us/j/97960458784.

In 1958, Philadelphia created the nation's first civilian advisory board, where city residents could report cases of police abuse and seek redress. Bekemeyer’s presentation explores the rise and fall of the board over its decade-long existence, showing how it became a flashpoint in larger debates about policing and helped launch the local police union to greater prominence, and reflecting on what its story says about the nature of democratic control of the police.

In addition to his teaching duties, Bekemeyer is a historian of labor, politics, social movements, and citizenship, and he is currently writing a book on the history of the police union movements and its impact on policing and politics. 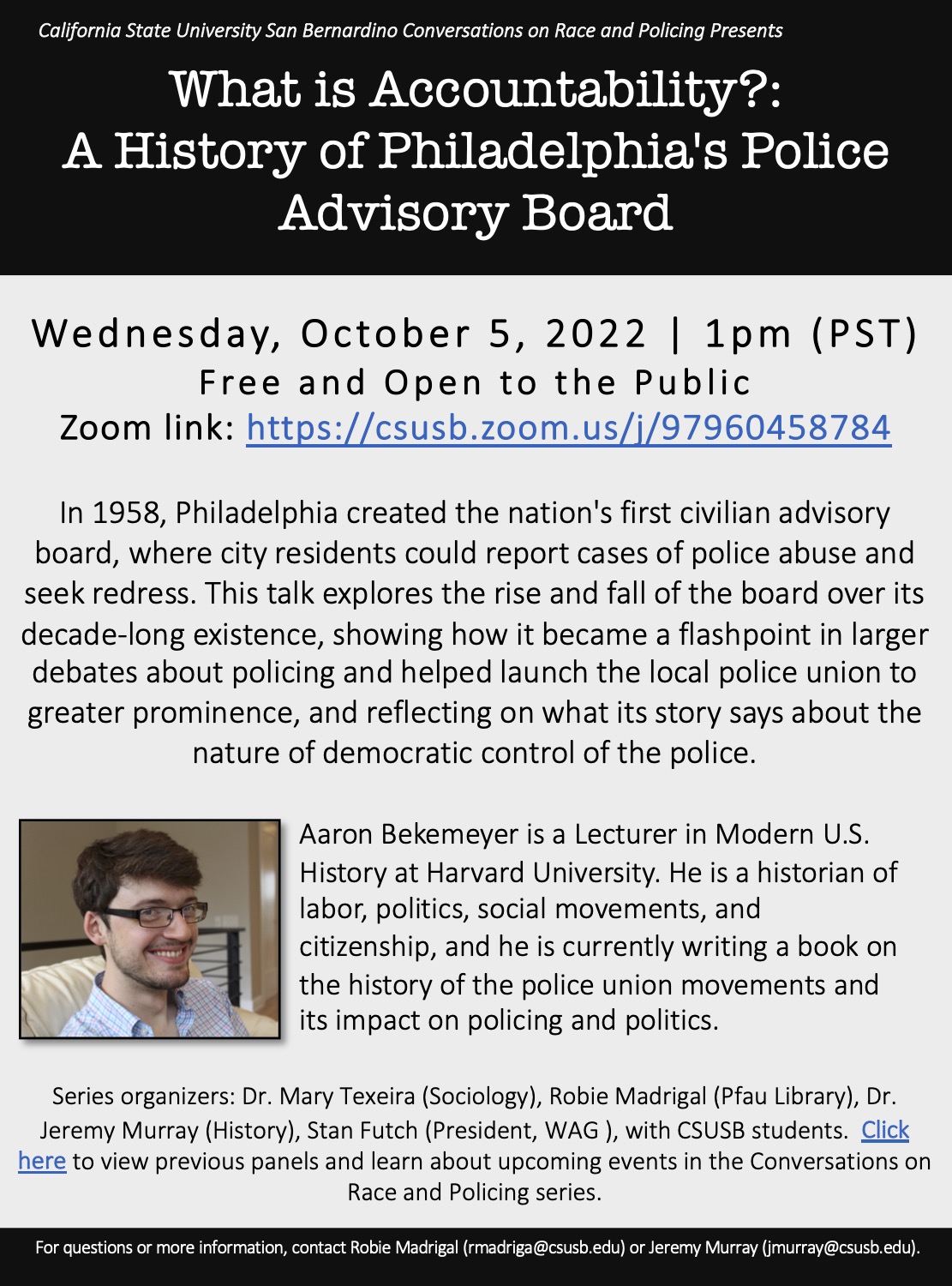