A look back: Radically reimaging the now toward a better future

A look back: Radically reimaging the now toward a better future

As part of our celebration of Womxn’s History Month, take a look back at our feature profile of Paloma Villegas, assistant professor of sociology, who encourages her students to think about a radical hope.

As part of our celebration of Womxn’s History Month, take a look back at our feature profile of Paloma Villegas, assistant professor of sociology, who encourages her students to think about a radical hope. “How can we imagine a future that is not like right now? And what would we need to do to get there?” This article was originally published on Oct. 20, 2020.

“They inspire me,” said Villegas, an assistant professor of sociology. “They make me want to be a better teacher and researcher.”

And it’s not one way – she strives to inspire them as well, both in the classroom and working with them at the Undocumented Student Success Center. Like her, many of her students are the first in their families to attend college. And with about 65 percent of the university’s fall 2020 enrollment identified as Latinx, she shares that with them as well; Villegas was born in Mexico and came to California as a child. 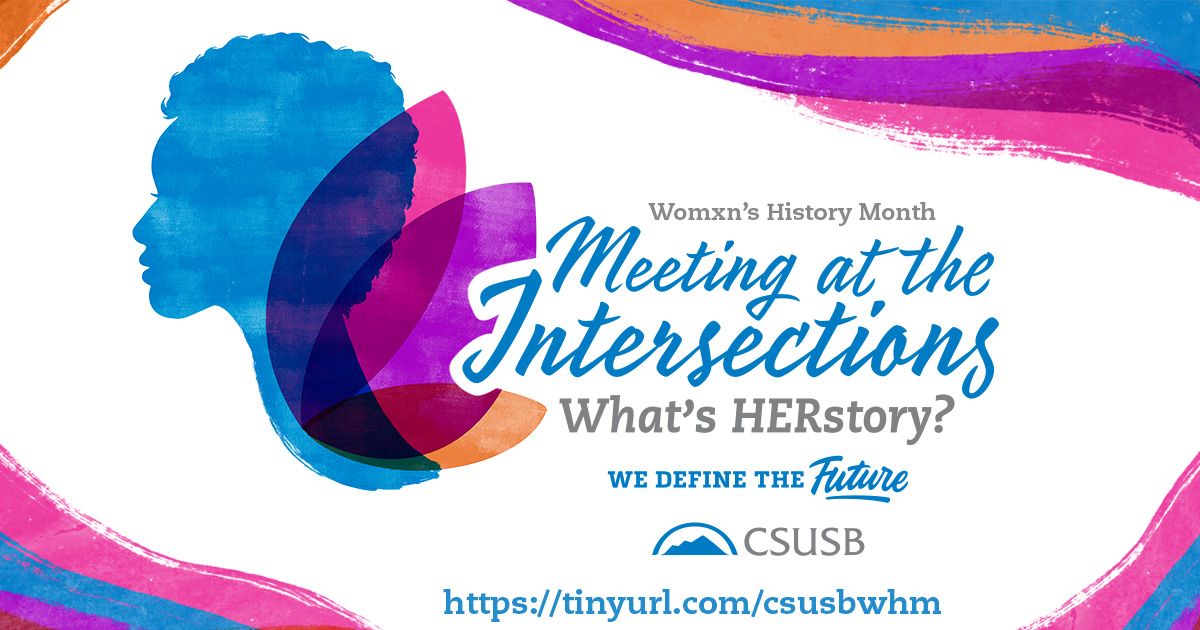 She pushes her students to think about a radical hope, “radical re-imaginings of the status quo, of the current present,” Villegas said. “How can we imagine a future that is not like right now? And what would we need to do to get there? Maybe this sounds really trite, but to think outside of the box. To think outside of the ways of how things have been done the last few decades, or centuries or whatever. To be able to think about ways we can engage with each other in a more equitable way, a fairer way, in a more community-based way where we value our elders and young people. Where we work in community and take each other into account instead of trying to push everyone down.”

In a sense, a radical reimagining could describe Villegas’ path to teaching. A career in academia wasn’t the original plan when she began college at the University of California, Berkeley, as a biology major. The goal then was to become a physician because, growing up in the Bay Area, she knew what it was like to not have access to health care, and she wanted to work toward alleviating the disparities that exist for migrants, women and others who are marginalized. But because of her immigration status – she was undocumented then – the chances of going on to medical school were slim. Although California had just passed AB 540, which allowed undocumented students to pay in-state tuition fees and obtain financial aid, that didn’t extend to funding for doctorate programs or medical school. And the failure by Congress in 2001 to pass the Development, Relief, and Education for Alien Minors (DREAM) Act led her to pursue another path.

At San Francisco State, she earned a master’s degree in women’s studies. “My master’s thesis focused on access to health care for undocumented women,” Villegas said. “So you can start to see the shift from the health sciences to the social sciences.”

Wanting to further their education, yet faced with the prospect of no financial aid to help pay for a doctoral program, Villegas said she and her brother, who also had completed his master’s degree, followed the advice of one of his mentors at San Jose State, which was to pursue their Ph.Ds. in Canada. So they made the difficult decision to self-deport – they left for Mexico, where they applied for study permits to enroll in a Canadian university. And that meant not being able to return to the U.S. for at least 10 years. At the University of Toronto, Villegas completed her Ph.D. in sociology in education.

“Because of my personal experience, I was already interested in the questions of immigration and thinking through how people are constructed as ‘illegal’ in our society, through legal systems, through public discussions,” she said. “Immigration has always been the thread. And initially it was about health disparities. … I still write about health in some ways, but now it’s about migration and borders and undocumentedness.”

In 2018, she returned to California to teach at CSUSB, where many of the students share a background similar to her. Villegas said research shows that for first-generation students to see someone they identify with in academia is important – not only do they relate and connect with their professors, but also to the curriculum their professors are teaching.

“I think a lot of the work that I do is rooted in – or at least the point of departure is – from my personal experience,” she said. “But I try to not center on my personal experience, because even coming back to California after I was away for 12 years, the context is completely different. The students who I work with who are undocumented have a very different experience from what I went through as an undergraduate. So you also have to keep yourself open to the fact there is no one undocumented experience, just like there is no one person of color experience.”

Villegas recently had her book, “North of El Norte: Illegalized Mexican Migrants in Canada,” published. The book came out of her Ph.D. dissertation research that “focused on the experience of Mexican migrants in Canada who are in what is termed precarious immigration status,” which includes those who are undocumented and those seeking asylum. While much has been researched and written about Mexican migrants moving to the United States, “I wanted to track the migration route from Mexico to another site, and how it is similar or different to the U.S.”

The book aims to counter the stereotypes of immigrants as people who are taking jobs away, that they are long-suffering and will tolerate anything, that they are criminals – all of which are problematic, Villegas said. Instead, they are resourceful and strategic and build networks. “And in the realm of possibilities they are able to negotiate, sometimes it doesn’t work, but sometimes they are able to improve their lives – ‘I’m going to try something out, it doesn’t work; I’m going to apply for this, no it didn’t work; I’m going to talk to someone else, I’m going try this ’ – as opposed to representations of immigrants as always static, just waiting for something to happen, those stereotypes that are problematic.”

One of the book’s chapters is about how they engage in art. “Participants in my research engaged in these amazing work like poetry and theater and dance,” Villegas said. “And a lot of it is to counteract those moments of exploitation, but also because we already come with these desires to make things beautiful in our communities.”

Outside of the classroom and her research, working with the students at CSUSB’s Undocumented Student Success Center is a priority. Villegas tries to attend as many of its events as possible, meeting with the students and just being available for them. She began a writing circle there, a time for the students to write about their experiences and share them in confidence. She hopes it has allowed the students to see that they are not alone in facing their individual challenges.

As they do in the writing circle, so, too, do students in her class bring a wealth of knowledge with them. “Because of imposter syndrome, because of ways that institutions of higher education are organized, we don’t necessarily, especially as first-gen students, come into class knowing that and feeling confident about the knowledge that we carry,” she said. “I teach a course on immigration and on race and on gender, and they are experts on a lot of these things in their day-to-day lives. They’re parents, a lot of them are racialized, a lot of them are immigrants or children of immigrants. So they come to the table with so much experience they can share and make connections to the content that I provide in the class.”

And that experience provides them with a foundation for their radical hope that helps them define their future.