“Borderland Circuitry: Immigration Surveillance in the United States and Beyond,” will be presented by Ana Muñiz, assistant professor of criminology, law, and society at University of California, Irvine, at noon Wednesday, March 16, on Zoom.

The role of digital surveillance, immigration control and street gang enforcement that are playing a role in immigration enforcement will be the topic of the next Conversations on Race and Policing, set for noon on Wednesday, March 16, on Zoom.

Ana Muñiz, assistant professor of criminology, law, and society at University of California, Irvine, will discuss her forthcoming book, “Borderland Circuitry: Immigration Surveillance in the United States and Beyond.” The presentation is free and open to the public, and can be accessed from a PC, Mac, Linux, iOS or Android at https://csusb.zoom.us/j/97960458784.

According to the webpage for the book, “Muñiz illuminates three phenomena that are becoming increasingly intertwined: digital surveillance, immigration control, and gang enforcement. Using ethnography, interviews, and analysis of documents never before seen, Muñiz uncovers how information-sharing partnerships between local police, state and federal law enforcement, and foreign partners collide to create multiple digital borderlands. Diving deep into a select group of information systems, ‘Borderland Circuitry’ reveals how those with legal and political power deploy the specter of violent cross-border criminals to justify intensive surveillance, detention, brutality, deportation, and the destruction of land for border militarization.”

Muñiz is also the author of “Police, Power, and the Production of Racial Boundaries (Rutgers University Press, 2015),” which examined how the Los Angeles Police Department, city prosecutors, and business owners struggled to control who should be considered “dangerous” and how they should be policed in Los Angeles.

The next scheduled Conversations on Race and Policing, each at noon on Wednesdays, include: 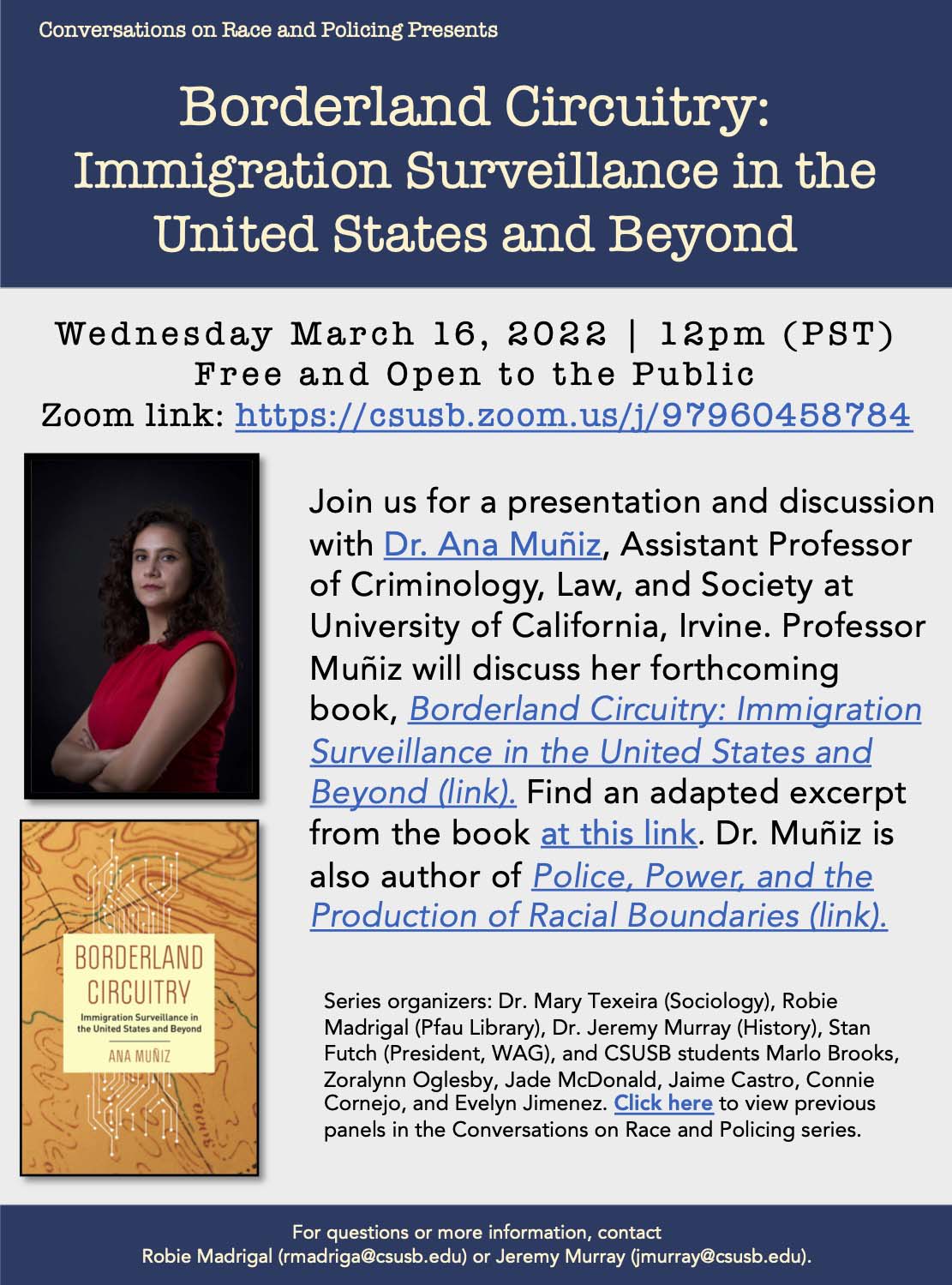