The night basketball leagues of the 1980s and ’90s, aimed at social intervention, risk reduction and crime prevention, will be the topic of the next Conversations on Race and Policing. Open and free to the public, the program will be presented at noon, Wednesday, March 2, on Zoom.

The creation in the 1980s and ’90s of midnight basketball leagues as meaningful social policy will be the focus of the next Conversations on Race and Policing when Douglas Hartmann, professor of sociology at the University of Minnesota, presents his talk.

“Midnight Basketball: Race, Sports, and Neoliberal Social Policy” will take place on Zoom at noon Wednesday, March 2. It is open to the public and can be accessed from a PC, Mac, Linux, iOS or Android at https://csusb.zoom.us/j/97960458784.

The program takes its name from Hartmann’s 2016 book that examined “the audacious notion that organizing young men to run around in the wee hours of the night—all trying to throw a leather ball through a metal hoop—could constitute meaningful social policy,” the book’s website says.

The book’s synopsis goes on, “Organized in the 1980s and ’90s by dozens of American cities, late-night basketball leagues were designed for social intervention, risk reduction, and crime prevention targeted at African American youth and young men. In ‘Midnight Basketball,’ Hartmann traces the history of the program and the policy transformations of the period, while exploring the racial ideologies, cultural tensions, and institutional realities that shaped the entire field of sports-based social policy. Drawing on extensive fieldwork, the book also brings to life the actual, on-the-ground practices of midnight basketball programs and the young men that the programs intended to serve. In the process, Midnight Basketball offers a more grounded and nuanced understanding of the intricate ways sports, race, and risk intersect and interact in urban America.”

The next scheduled Conversations on Race and Policing, each at noon on Wednesdays, are:

Also, visit the Conversations on Race and Policing webpage. 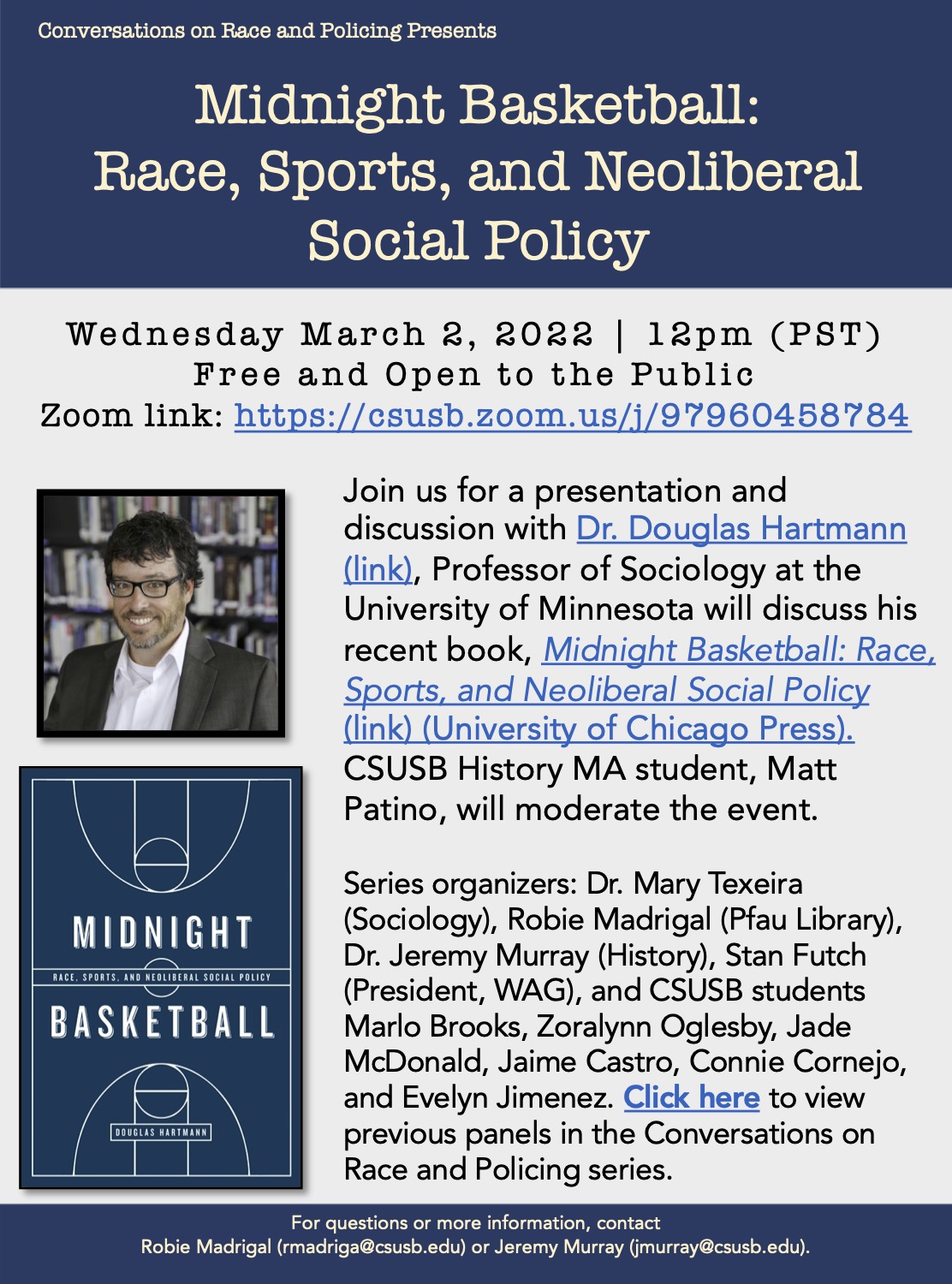