CSUSB will offer a master of science in national cybersecurity studies, where students learn the technical skill of cybersecurity and intelligence analysis.

Cal State San Bernardino has been approved to formally offer a master of science degree in national cybersecurity studies, which will prepare students from careers in the field of cybersecurity and intelligence analysis.

The M.S. in national cybersecurity studies, which CSUSB began offering as a pilot program in 2015, gives students the technical skill of cybersecurity integrated with the skill of intelligence analysis, providing them with the ability to present technical findings to non-technical people in U.S. national, state and local governments as well as with private corporations.

The M.S. program, which was approved for permanent status by the California State University Board of Trustees earlier this year, is an interdisciplinary collaboration by the National Security Studies program in the College of Social and Behavioral Sciences and the Cybersecurity Center in the Jack H. Brown College of Business and Public Administration, said Mark T. Clark, a professor of political science and the graduate coordinator of pilot program. 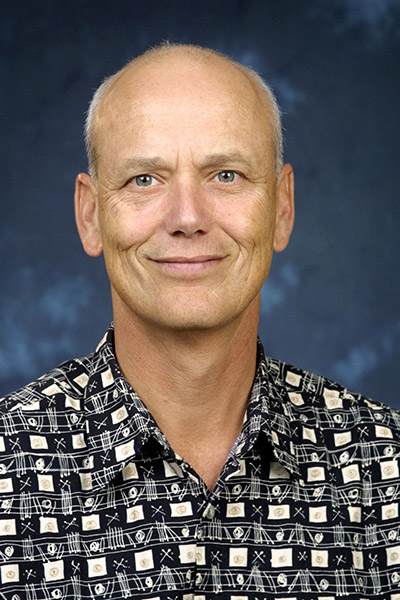 The program is one of the few graduate degrees in the country that is devoted to the study of U.S. national cybersecurity, and the second in the California State University system.

“The importance of cybersecurity is growing rapidly and requires collaborative efforts across multiple disciplines to properly prepare students for careers in this vital field,” said Clark. “We believe this first effort will set the pace for other universities across the country to emulate our model.”

Clark also served as director of the California State University Intelligence Community Center of Academic Excellence, which has been supported by $5.5 million in grants from the Office of the Director of National Intelligence since 2006.

The program was developed as the need for individuals who both learned and trained in the intricacies and use of cybersecurity as well as learning to analyze the information found from cybersecurity probes and investigation, Clark said.

Students will learn not just theories of cyber and international politics, but will get hands-on simulations and lab work to demonstrate competency in the field of cyber intelligence, said Tony Coulson, a professor of information and decision sciences and director of the widely recognized CSUSB Cybersecurity Center.

“CSUSB is unique in that it offers four master’s degrees and three bachelor’s degrees related to cybersecurity,” said Coulson. “This truly recognizes how CSUSB is adapting to a rapidly changing environment to develop the best cybersecurity talent in the nation.”

The program has been successful and its reputation for excellence has attracted students from across the country and internationally, which is remarkable in that as a pilot program, the university did not advertise it.

Program officials believe the word of mouth from students, alumni and government officials helped the program grow. Its reputation has also been enhanced as nearly 100 percent of the students who have graduated with a M.S. in national cybersecurity studies have been hired either into intelligence agencies, various agencies of the Department of Defense or private corporations.

“Rather than waiting for a field to get established, we sought to create something for careers that would exist five years from now,” Coulson said. “Today we have a successful interdisciplinary program that shows how broad the field of cybersecurity has become.”

Rafik Mohamed, dean of the College of Social and Behavioral Sciences, said the program was designed for the future needs and showcases the work of the National Security Studies and Cybersecurity programs.

“In many ways, the program represents what a graduate program in today’s university ought to be. Its architects used an integrative approach in conceptualizing the program and designing the curriculum,” Mohamed said. “The M.S. in NCSS drew from two existing and successful programs (from SBS and the JHBC) to address workforce needs and contribute to the technical literacy as it relates to cybersecurity.

“I see this program as a model for campus collaboration, and model for working with industry in a thoughtful and intentional way to ensure that matriculated students will be well-prepared for the labor market upon graduation,” Mohamed said.

Both programs have been recognized as Centers of Academic Excellence by federal agencies for their exceptional curriculum, teaching, mentoring and accomplishments in national security studies and cybersecurity.

The National Security Studies program has been designated an Intelligence Community Center of Academic Excellence (IC CAE) by the Office of the Director National Intelligence (ODNI) since 2006.

The designation as Centers of Academic Excellence not only means recognition and funding by federal agencies, but also that those agencies regularly support the programs by providing training opportunities, on-site visits, job fairs, support for student workshops on resume writing, interviews, writing for intelligence, and cyber support.

In addition, program alumni from many agencies regularly return to campus for annual colloquia and job fairs, including alumni from the FBI, CIA, NSA, various local law enforcement agencies, the Government Accountability Office and private corporations.

“The genesis of this program was a $489,000 grant in 2015 from the National Science Foundation to ‘Develop a National Model Curriculum in Cybersecurity and Intelligence,’” said Coulson. “It was developed as a national model curriculum; there were none like it.”

“Where we sought to combine the efforts of the IC CAE (National Security Studies) and the CAE-CD (Cybersecurity) into a new master’s degree, we also created a national model curriculum that was hosted for many years for other institutions to create their own programs. In the years since the establishment of the pilot, the field of cybersecurity studies has become more established,” Coulson said.