“A Sensational Encounter with High Socialist China, Book Talk,” with Paul G. Pickowicz is set for Tuesday, March 23, and “What the World Owes the Comfort Women,” with Carol Gluck, will take place at noon Thursday, March 25. Both talks will be on Zoom.

A discussion of high socialist China and an examination of a historical impact of the World War II “comfort women” will be the focus of two talks presented by the Modern China Lecture Series at Cal State San Bernardino.

“What the World Owes the Comfort Women,” with Carol Gluck, George Sansom Professor of History at Columbia University, is scheduled for noon on Thursday, March 25. 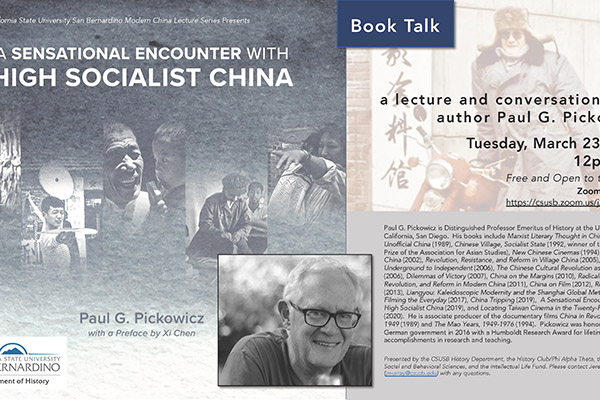 Pickowicz’s talk takes its title from a book he wrote, “A Sensational Encounter with High Socialist China” (Hong Kong: City University of Hong Kong Press, 2019). The book is a recollection of the historic visit of 14 American students (and one Canadian) to China in 1971. The visit was one of the first approved for American scholars after the Chinese Communist Party came to power in 1949 and occurred prior to President Richard Nixon’s famous trip (as well as that of a second group of scholars) in 1972. One of those students was Pickowicz, who kept a journal and a photographic record of the trip. 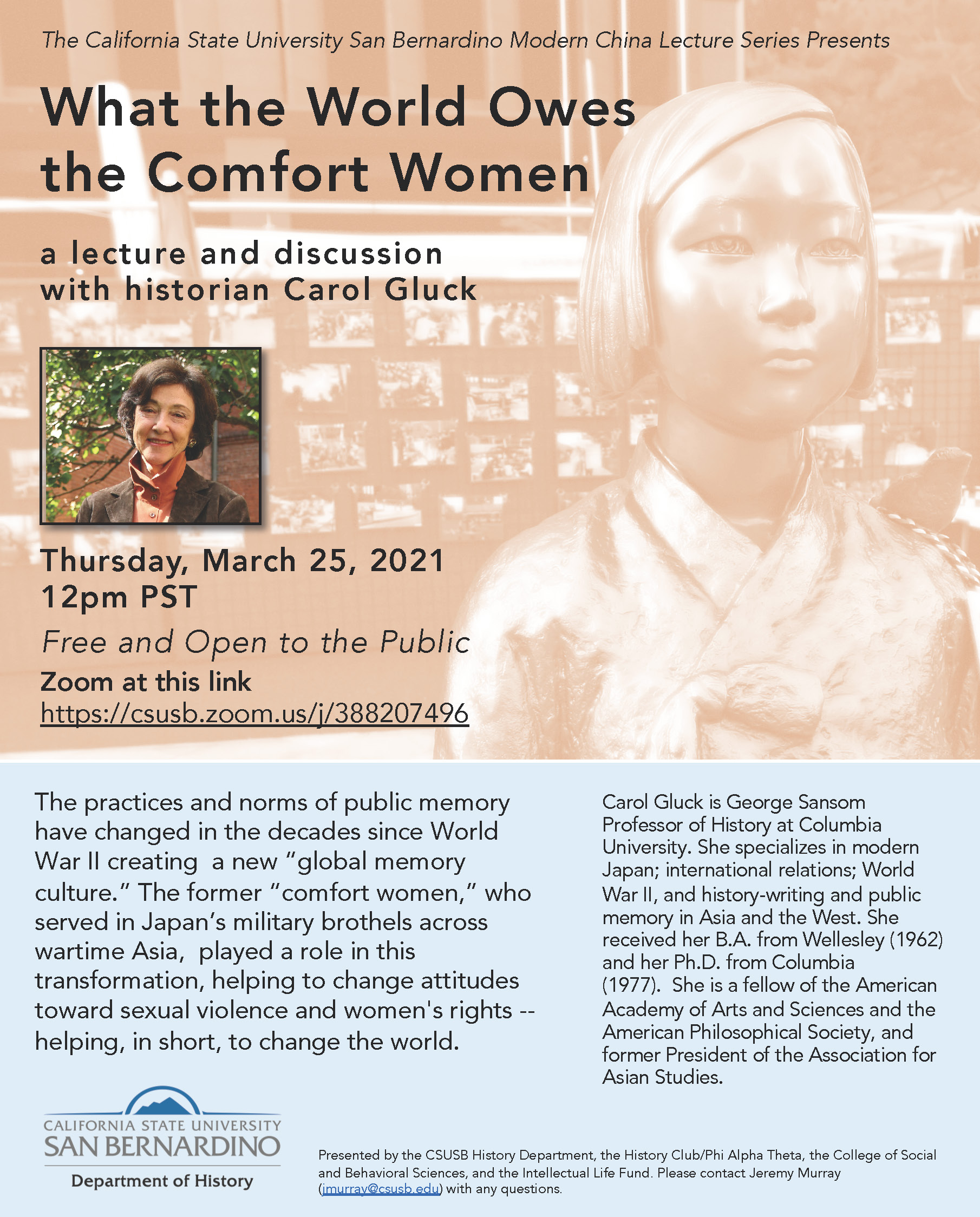 Gluck’s talk center on the “comfort women” who were held in Japanese military brothels across Asia during World War II. The practices and norms of public memory have changed in the decades since World War II, creating a new “global memory culture.” The former “comfort women” played a role in this transformation, helping to change attitudes toward sexual violence and women’s rights – helping, in short, to change the world.

Gluck specializes in modern Japan, from the late nineteenth century to the present; international relations; World War II, and history-writing and public memory in Asia and the West. She is a fellow of the American Academy of Arts and Sciences and the American Philosophical Society; former president of the Association for Asian Studies; currently co-chair of the Trustees Emeriti of Asia Society and member of the Board of Directors of Japan Society. She is a founding member and now chair of Columbia's Committee on Global Thought.

Also, upcoming on April 6 will be “Unveiling China’s Surveillance State: How a dictatorship maintains power?” with Minxin Pei, the Tom and Margot Pritzker '72 Professor of Government and George R. Roberts Fellow at Claremont McKenna College.

May 14, 2021 Faculty in the News, May 14
May 14, 2021 South Carolina sheriff to detail how she is working to regain the community’s trust with her department
May 13, 2021 CSUSB professors receive NIH grant to study Parkinson’s disease
View All News