The presentation, “Set the Night on Fire: L.A. in the Sixties,” which takes its title from the book by guest speakers Mike Davis and Jon Wiener, will be livestreamed on Zoom beginning at 3 p.m. Wednesday, Feb. 17. 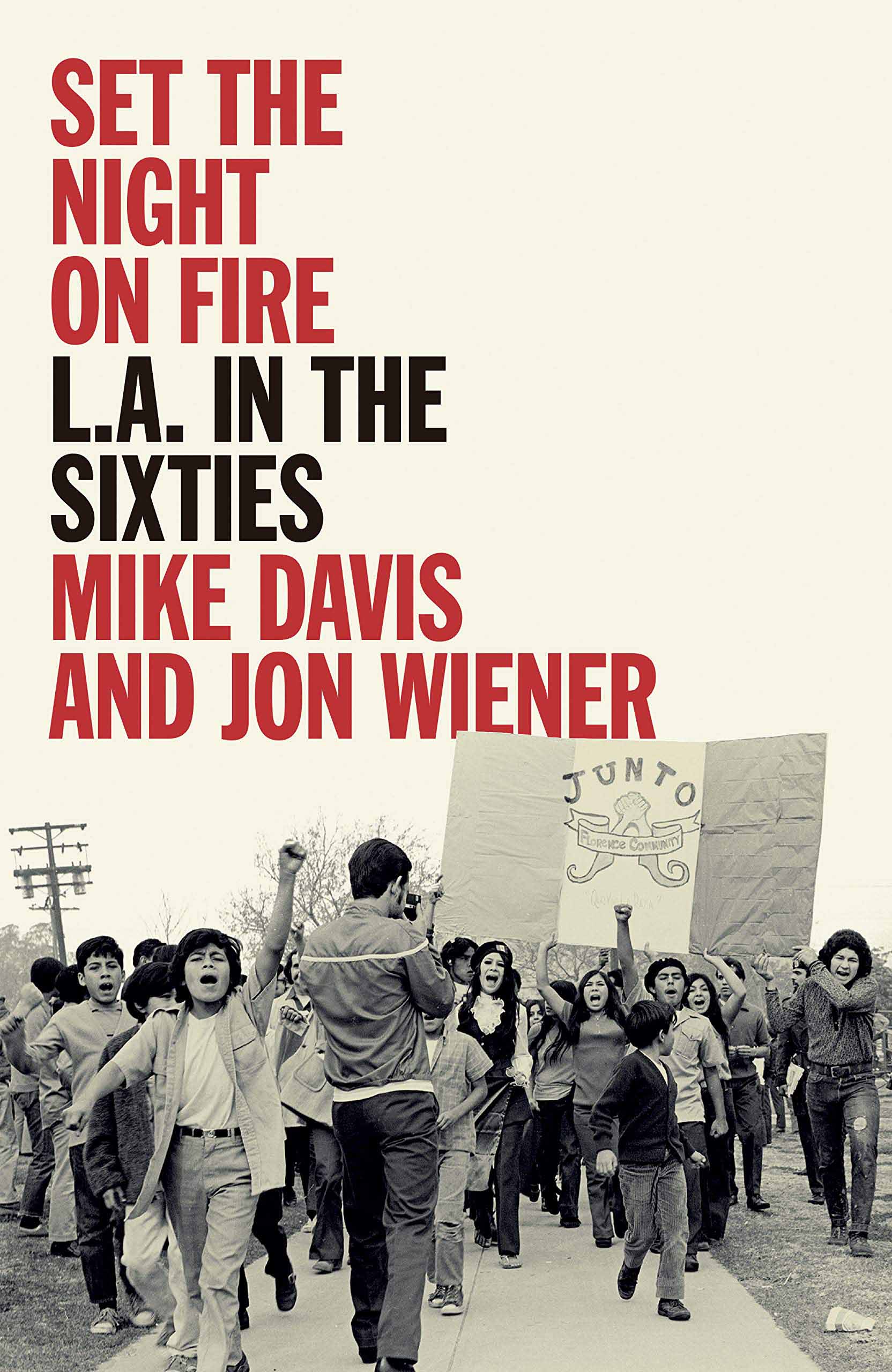 The Los Angeles of the 1960s, which witnessed the Watts uprising, the Chicano Blowouts and Chicano Moratoriums among other movements, will be the topic of the next Conversations on Race and Policing.

The presentation, “Set the Night on Fire: L.A. in the Sixties,” which takes its title from the book by guest speakers Mike Davis and Jon Wiener, will be livestreamed on Zoom beginning at 3 p.m. Wednesday, Feb. 17, and can be accessed from a PC, Mac, Linux, iOS or Android at https://csusb.zoom.us/j/97960458784.

According to the book publisher’s website, “Los Angeles in the sixties was a hotbed of political and social upheaval. The city was a launchpad for Black Power—where Malcolm X and Angela Davis first came to prominence and the Watts uprising shook the nation. The city was home to the Chicano Blowouts and Chicano Moratorium, as well as being the birthplace of ‘Asian American’ as a political identity. It was a locus of the antiwar movement, gay liberation movement, and women’s movement, and, of course, the capital of California counterculture.

“Mike Davis and Jon Wiener provide the first comprehensive movement history of L.A. in the sixties, drawing on extensive archival research and dozens of interviews with principal figures, as well as the authors’ storied personal histories as activists.”

Davis is professor emeritus of creative writing at UC Riverside and MacArthur Fellow (1998), and is an activist and author of many books, especially about class and power in Southern California, including “City of Quartz: Excavating the Future in Los Angeles.”

Wiener is professor emeritus of U.S. history at UC Irvine, host of The Nation podcast, “Start Making Sense,” and author of many books, including “Gimme Some Truth: The John Lennon FBI Files,” about Wiener’s legal fight to release FBI files on the late John Lennon.

And coming up next in the series schedule on Feb. 24 will be a screening and discussion of the film, “Slavery by Another Name,” which examines the forced labor systems that targeted African Americans in the post-Civil War era. Marc Robinson, CSUSB assistant professor of history, will facilitate the discussion after the screening. 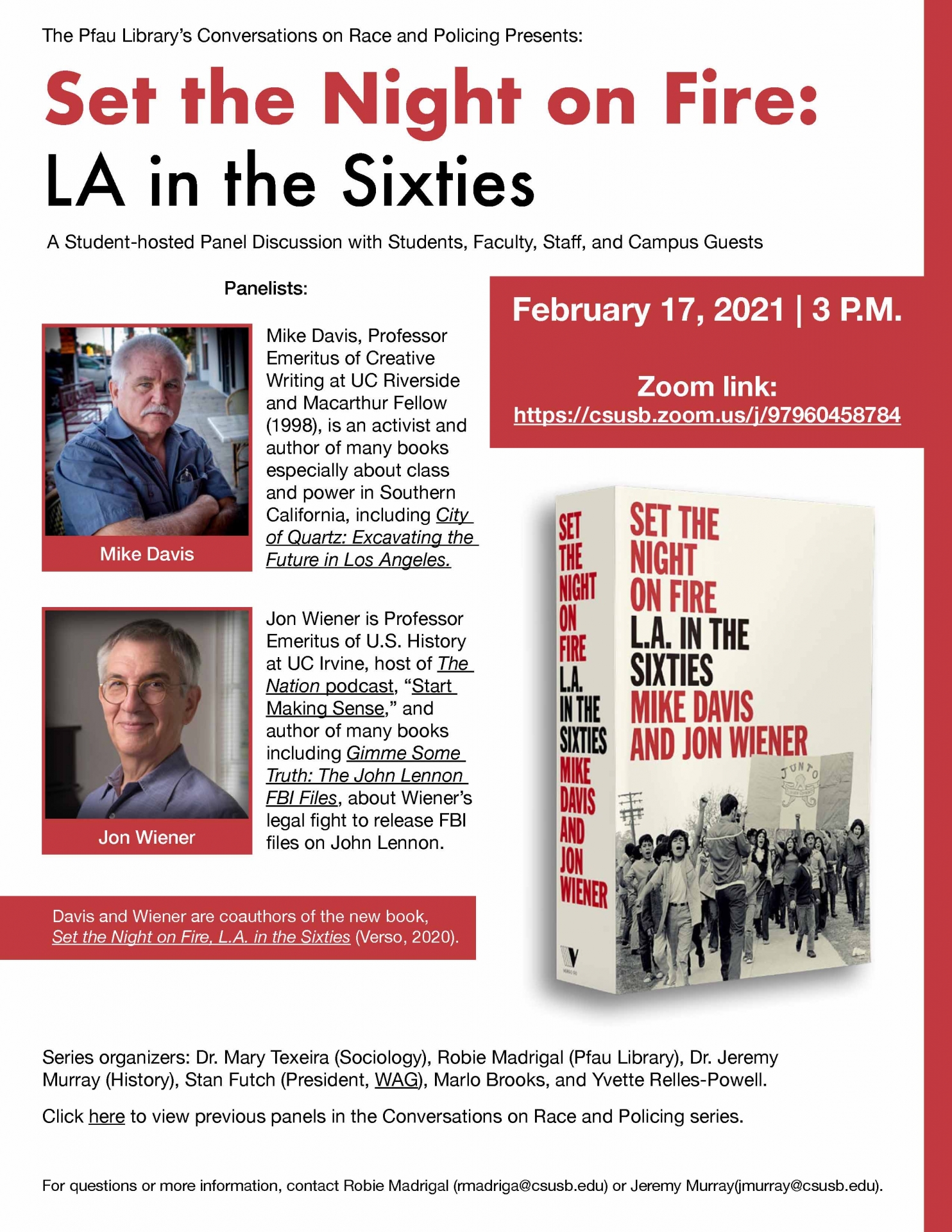