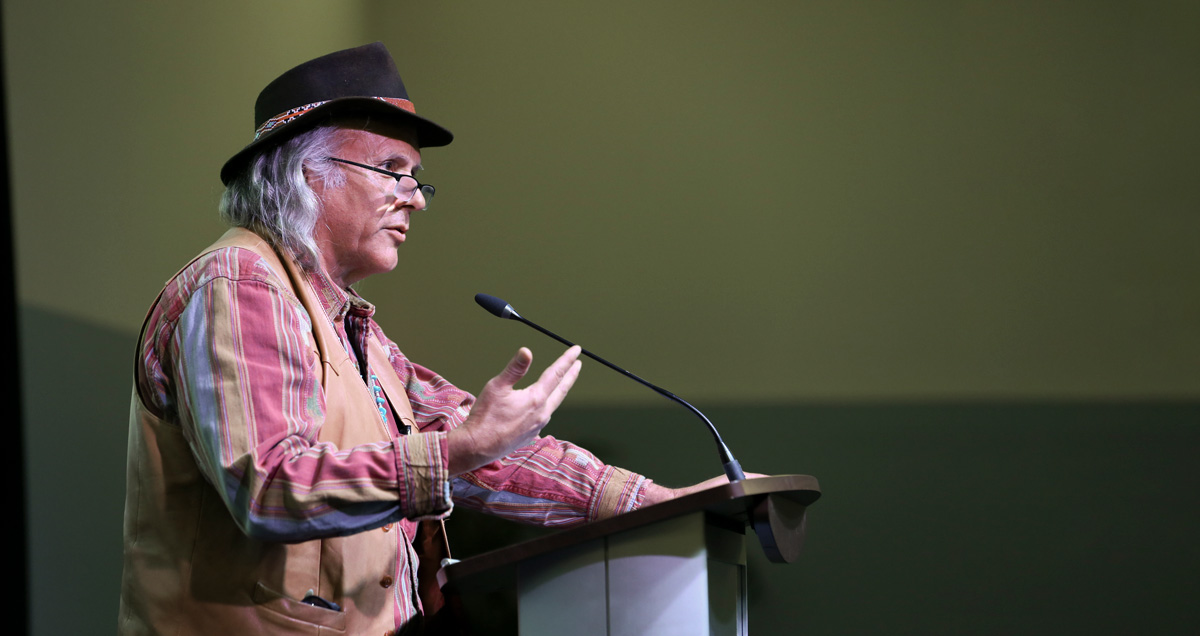 James Fenelon is a professor of sociology and director of the Center for Indigenous Peoples Studies at Cal State San Bernardino.

Center for Indigenous Peoples Studies
Back to Spotlights

James Fenelon, who is Lakota/Dakota from Standing Rock (Nation), has taught internationally with indigenous peoples globally and with urban groups. He teaches on urban inequality, social movements, Native Nations, and race and racism. He has worked with the Urban Conservation Corps, the California Indian Nations College, and worked on environmental water research with the Water Resources Policy Institute for the CSU. He is an advocate for social justice around the world.