Image of the Month 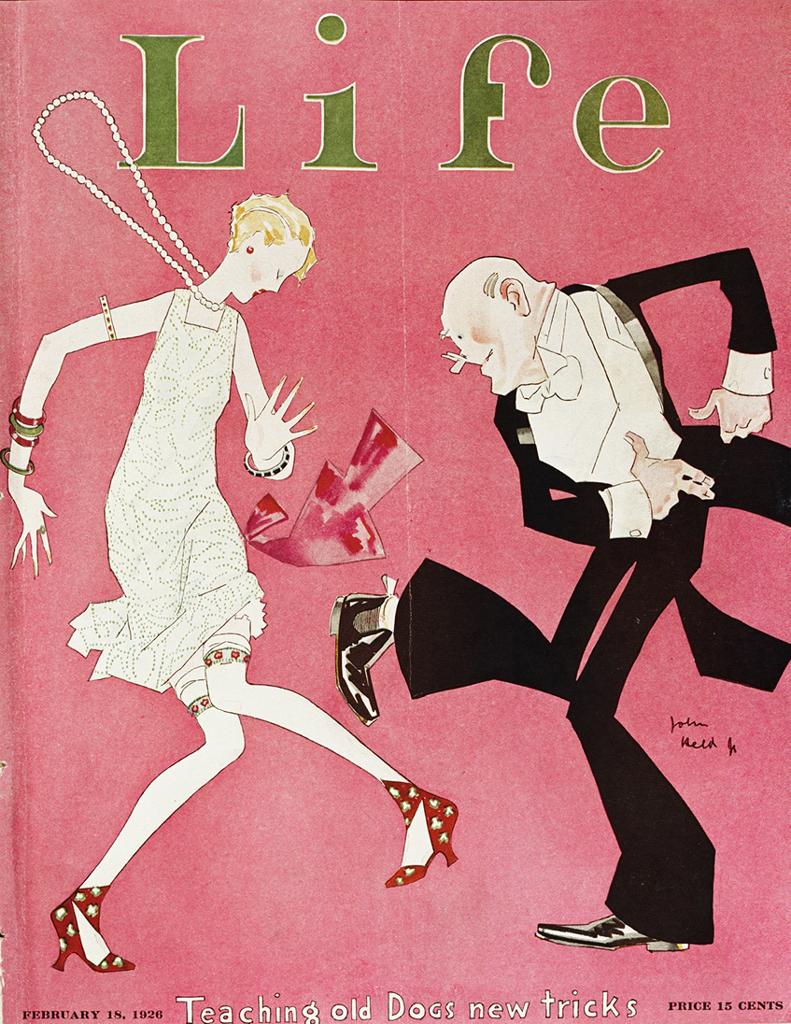 
The slinky style of the “flapper” was celebrated in the popular press during the 1920s, most notably in cartoons such as this one by John Held, Jr., which appeared in Life magazine in 1926. The “flapper,” according to popular stereotype, wore short, loose dresses, used cosmetics, smoked and drank alcohol in public, and embraced the sexual revolution. This image of the “new woman” both mirrored and exaggerated the popular rejection of the genteel, corseted Victorian feminine ideal, which had developed over time, rather than over night. Cartoons of high-stepping, boot-legging high society quickly lost their appeal after the 1929 stock market crash.

Description
Life was an American magazine published weekly until 1972, as an intermittent "special" until 1978, and as a monthly from 1978 to 2000. During its golden age from 1936 to 1972, Life was a wide-ranging weekly general interest magazine known for the quality of the photography.
It was published for 53 years as a general-interest light entertainmentmagazine, heavy on illustrations, jokes and social commentary.