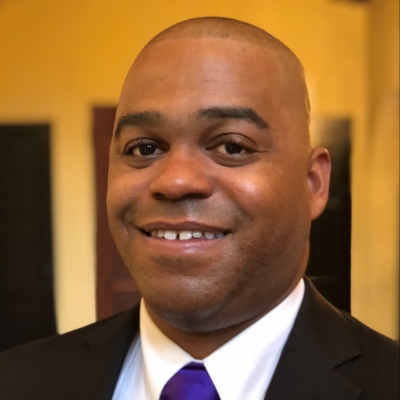 Larry R. Hygh, Jr., Ed.D. is a lecturer and the internship coordinator in the communication studies department with an emphasis in public relations/strategic communications at California State University San Bernardino (CSUSB).

Prior to CSUSB he was the senior communications manager for the Black AIDS Institute, the only national HIV/AIDS think tank focused exclusively on Black people.  Hygh spent 20 plus years as the chief communications officer for The United Methodist Church (UMC) in five different regional offices in the United States, and the international mission agency when it was based in New York City.  He has also been an adjunct instructor at Folsom Lake College in Folsom, Calif.

Realizing a need to be the most diverse and effective communicator possible, Hygh has completed several highly successful internships.  He has had press/media oriented internships with The White House (President William “Bill” Jefferson Clinton, 42nd President), U.S. House of Representatives (Rep. Max Sandlin, 1st Congressional District-Texas), and the 1996 Summer Olympics in Atlanta, Georgia. He has been a television anchor, reporter, and disc jockey.

Hygh, a lifelong United Methodist and fifth-generation Methodist, is an active member of Harmony Toluca Lake UMC (a campus of Hollywood UMC) and serves on the leadership team.

Hygh describes himself as a “fun and adventure enthusiast” who is a foodie and loves to travel.  He has traveled to six of the seven continents, 29 countries, and 45 of the 50 U.S. states.