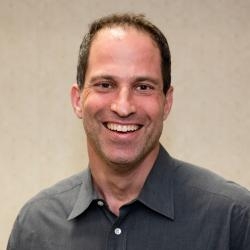 Anthony Silard, Ph.D., is the CEO of The Global Leadership Institute and the President of The Center for Social Leadership. He was once named Visionary of the Year, and featured at the Presidential Summit for America’s Future and America’s Promise. As a leadership trainer, Anthony has coached thousands of CEOs and senior executives of Fortune 100 companies, small businesses and the world’s largest nonprofits such as GE, Disney, Nokia, Bank of America, IBM, CARE, Save the Children, The United Way and the American Red Cross. He has also coached political leaders, including G-20 cabinet ministers.

Anthony is an active leadership researcher and has published academic papers in Nonprofit and Voluntary Sector Quarterly, Journal of Management, Human Relations, Leadership and Nonprofit Management and Leadership, among other publications. He has given many presentations at the Academy of Management, the International Leadership Association, the Association for Research on Nonprofit Organizations and Voluntary Action, and the Society for Personality and Social Psychology in the areas of emotion and leadership (including the effects of leader emotional labor), leader loneliness, how leaders manage secondary trauma in organizations, the influence of an organization’s social purpose on leader emotion expression, and the effects of technology on leader effectiveness. In 2015, he received the Desanctis Best Paper Award at the Academy of Management.

Anthony holds a Ph.D. in leadership from IESE Business School, which he received with First-Class/Excellent Distinction. He also holds a Master’s in Public Policy focused on leadership from Harvard University and has received two of Harvard’s most prestigious awards, the Robert F. Kennedy Public Service Award and the Manuel Carballo Memorial Award. His leadership programs have helped thousands of people in over 40 countries to create positive, breakthrough personal and social change in their lives and the lives of others.

Anthony has been published in six countries and five languages. His Simon & Schuster book, The Connection: Link Your Passion, Purpose, and Actions to Make a Difference in the World, is available in bookstores. From the back cover:

“I’m putting my trust in renowned keynote speaker and workshop leader Anthony Silard to help me learn the rules of some rather complex games, this one called ‘life’ in particular.”—Marshall Goldsmith, author of the New York Times bestseller What Got You Here Won’t Get You There

A PBS television show aired a 30-minute documentary on his life on television stations in over 40 U.S. states and various film festivals. He has also been featured on MSNBC, Voice of America and over 100 television stations and newspapers across America such as The San Francisco Chronicle and The Financial Times.

Anthony’s conferences are unique in that he renders the line between personal and organizational leadership virtually indistinguishable. He notes that a Harvard study found that 85% of a leader’s success is attributable to personal character, and defines leadership as “the capacity to build multiple relationships toward a common purpose.”

Prior to starting The Global Leadership Institute and The Center for Social Leadership, Anthony founded and served for 8 years as CEO of an international organization based in Washington D.C. with offices in five countries for which he raised over $15 million and managed 35 employees. Before launching his first organization, he served for two years in the Peace Corps in Kenya.