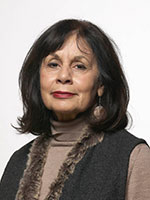 Ghada Karmi is a leading Palestinian academic, activist and writer. She was born in Jerusalem, but was brought up and educated in England. Currently she is an honorary Research Fellow at the Institute of Arab and Islamic Studies at the University of Exeter, where she taught conflict resolution in the Palestinian-Israeli conflict for many years. Previously she was a Fellow at the Royal Institute of International Affairs in London, and at the School of Oriental and African Studies.

Her major area of work has been on the Palestine/Israel conflict and she has published widely on this subject. Her books include Jerusalem today: what future for the peace process? (Ithaca Press, 1996) and, The Palestinian Exodus 1948-1998 (with Eugene Cotran, Ithaca Press, 1999).  Her widely acclaimed memoir, In Search of Fatima; a Palestinian story (Verso Press, 2002), represents a rare example of Palestinian personal narrative writing in English. Her more recent book, Married to Another Man: Israel’s Dilemma in Palestine, (Pluto Press, 2007) deals with the One-State solution in Israel/Palestine. Her new book is Return: a Palestinian memoir (Verso, 2015). 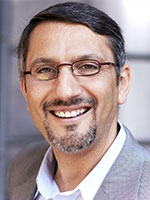 Palestine, '... it is something Colonial'

Dr. Bazian teaches courses on Islamic Law and Society, Islam in America: Communities and Institutions, De-Constructing Islamophobia and Othering of Islam, Religious Studies, and Middle Eastern Studies. In addition to Berkeley, Prof. Bazian served as a visiting Professor in Religious Studies at Saint Mary's College of California 2001-2007 and adviser to the Religion, Politics and Globalization Center at UC Berkeley. In Spring 2009, Prof. Bazian founded at Berkeley the Islamophobia Research and Documentation Project at the Center for Race and Gender, a research unit dedicated to the systematic study of Othering Islam and Muslims. Prof. Bazian in Spring 2012 launched the Islamophobia Studies Journal, which is published bi-annually through a collaborative effort between the Islamophobia Research and Documentation Project of the Center for Race and Gender at the University of California at Berkeley, the Arab and Muslim Ethnicities and Diasporas Initiative for the School of Ethnic Studies at San Francisco State University; the Center for Islamic Studies at the Graduate Theological Union, and Zaytuna College.  In 2017, Dr. Bazian set-up the International Islamophobia Studies Consortium, a network of 26 universities and research centers that work on Islamophobia and anti-Muslim racism.  In addition to academic work, Dr, Bazian is a weekly columnist for the Turkish Daily Sabah Newspaper and Turkey Agenda online magazine. Dr. Bazian is founder and national Chair of American Muslims for Palestine, board member of the Islamic Scholarship Fund, Muslim Legal Fund of America, President of Dollar for Deen Charity, and Chair of Northern California Islamic Council. 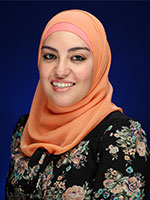 Dr. Mahbuba Hammad is a faculty member teaching Arabic language and content-based courses in the World Languages and Literatures Department at California State University, San Bernardino. Within her courses, she has integrated contemporary issues of Arab culture, such as media, healthcare, environment, human rights, media and film into the classroom. She has extensive experience in Summer Language Programs under many capacities in instruction, teacher and tutor training and program administration. Dr. Hammad has participated in many regional and national professional development-training programs on a myriad of foreign language topics including curriculum design, assessment, methodologies, etc. She has conducted teacher-training workshops at the various Arabic Language Teachers’ Councils across the nation (Chicago, Michigan, New York, and California). Dr. Hammad’s research focuses on the development of Arabic literacy and has received multiple research awards. She is regarded by her students and colleagues as one of the most effective, engaging, and motivating foreign language teachers. She is fluent in 4 languages (Arabic, English, French, and Spanish) and is actively involved in community-based programs that focus on educational, environmental, health, social and interfaith issues. 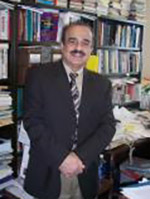 Tareq Y. Ismael is Professor of Political Science at the University of Calgary, Canada; the President of the International Centre for Contemporary Middle Eastern Studies (ICCMES); the Secretary General of the International Association of Middle Eastern Studies (IAMES); and founding editor of the International Journal of Contemporary Iraqi Studies. Author, co-author or editor of more than three-dozen books, his most recent publications include Iraq in the Twenty-First Century: Regime Change and the Making of a Failed State (2015) with Jacqueline S. Ismael, Government and Politics of the Contemporary Middle East: Continuity and Change Second Edition (2015) with Jacqueline S. Ismael and Glenn E. Perry, and The Rise and Fall of the Communist Party of Iraq (2012). 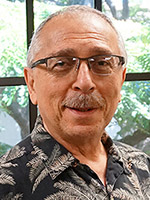 Ibrahim G. Aoudé is Professor of Ethnic Studies at the University of Hawai‘i-Mānoa and previously served as department chair for 13 years. He is the Editor of Arab Studies Quarterly (ASQ) and served as one of two Editors of the International Journal of Contemporary Iraqi Studies (IJCIS) from 2010-2013. Professor Aoudé holds a Ph. D. in Political Science and publishes in two areas: (1) Middle East politics in a global context; and (2) Hawai‘i political economy and social movements. 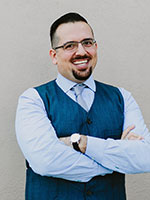 Dr. Yousef K. Baker is an assistant professor of International Studies at California State University, Long Beach. He holds a doctorate in sociology from the University of California, Santa Barbara. His work focuses on theories of globalization and development, social movements, nationalism, and questions of race and migration, with a specialization in contemporary Middle East and North Africa.  His most current work looks at the political and economic development models deployed in Iraq during the U.S. occupation, and the effort to gain consent for these models from Iraqi civil society. He is also working on a separate project that looks at Iraqi exiles living in the U.S. and asks how memories of trauma and exile shape political subjectivity. 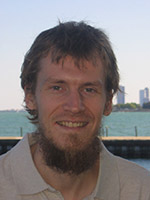 Tomi Pulkkinen is a PhD student in history at the University of California Santa Barbara, focusing on early Islamic history but with broad interests beyond his field of concentration, including contemporary religious, political and social movements in the Middle East, and the role of reserve currencies in world history. He graduated from California State University San Bernardino in June 2016, and his article on the situation in Yemen has been published in the CSUSB History Department journal History in the Making. 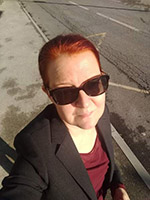 Elizabeth Bishop's first book, Imperialism on Trial: League of Nations Mandate States in Historical Perspective (Rowman and Littlefield, 2006), she edited with Ray Douglas and Michael Callahan. This project started during a NEH Summer Seminar on 'Decolonization of the British Empire' which took place at the University of Texas during 2000; Wm. Roger Louis chaired our panel with the same title at the 2002 AHA annual meeting. Since that time, she has published articles on Iraq during that country's Hashemite monarchy in such journals as Ab Imperio, Al-Mawaqif, the International Journal of Contemporary Iraqi Studies, Romano-Arabica, and Studia Historica Gedanensia. 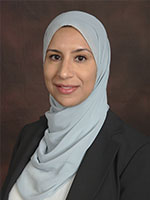 Maha Nassar is Assistant Professor in the School of Middle Eastern and North African Studies at the University of Arizona. A scholar of 20th-century Palestinian and Arab history, she is the author of Brothers Apart: Palestinian Citizens of Israel and the Arab World (Stanford University Press, 2017). 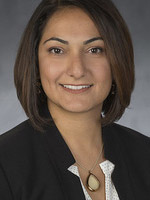 Sahar Razavi earned her PhD in Political Science from Northern Arizona University and currently teaches in their Women’s and Gender Studies program. Her research interests include Iranian political and social conflict; religion, politics, and society in the Middle East; development and globalization; Iranian diaspora; and gender and sexuality in the Middle East. 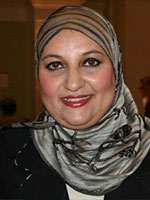 Dr. Sahar Khamis is an Associate Professor in the Department of Communication at the University of Maryland, College Park. She is an expert on Arab and Muslim media, and the former Head of the Mass Communication and Information Science Department in Qatar University. Dr. Khamis holds a Ph.D. in Mass Media and Cultural Studies from the University of Manchester in England. She is a former Mellon Islamic Studies Initiative Visiting Professor at the University of Chicago. She is the co-author of the books: “Islam Dot Com: Contemporary Islamic Discourses in Cyberspace” (Palgrave Macmillan, 2009) and “Egyptian Revolution 2.0: Political Blogging, Civic Engagement and Citizen Journalism” (Palgrave Macmillan, 2013). Additionally, she authored and co-authored numerous book chapters, journal articles and conference papers, regionally and internationally, in both English and Arabic. She is the recipient of a number of prestigious academic and professional awards, as well as a member of the editorial boards of several journals in the field of communication, in general, and the field of Arab and Muslim media, in particular. Dr. Khamis is a media commentator and analyst, a public speaker, a human rights commissioner in the Human Rights Commission in Montgomery County, Maryland, and a radio host, who presents a monthly radio show on “U.S. Arab Radio” (the first Arab-American radio station broadcasting in the U.S. and Canada). 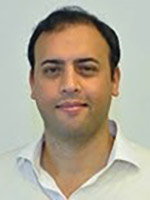 Mohamed-Ali Adraoui: My ongoing research relates to the US policy towards political Islam. I am a Marie Sklodowska Curie Fellow based at Georgetown University under the supervision of Prof. John Esposito. 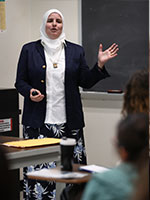 Ahlam Muhtaseb is a professor of media studies at California State University, San Bernardino. Her research interests include digital communication, social media, and diasporic communities. She has published her scholarship on digital communication and other communication sub-topics, and has presented her scholarship to national and international conventions and scholarly meetings. Her most recent project is the documentary 1948: Creation & Catastrophe, a film on the year 1948 and its catastrophic consequences which has originated from her field work in the Palestinian refugee camps in the Lebanon, Syria, and Palestine. In addition, most of her recent research focuses on digital media and social movements online (cyber activism), and Arab and Muslim images in the media. 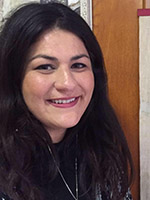 Loubna Qutami is a doctoral candidate in the Department of Ethnic Studies, at the University of California, Riverside. Her dissertation, Before the New Sky: Protracted Struggle and Possibilities of the Beyond for Palestine's New Youth Movement, examines transnational Palestinian youth movements before and after the 2011 Arab Uprisings. Loubna is a contributing member of Al-Shabaka: The Palestinian Policy Network, and a founder, member and the former International General Coordinator of the Palestinian Youth Movement (PYM). Loubna is also a current member of the South West Asian and North African (SWANA) Region Radio Collective at KPFK and the former Executive Director of the Arab Cultural and Community Center (ACCC) in San Francisco. 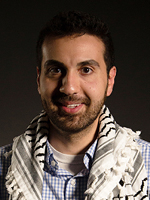 Saliem Shehadeh is a PhD student in Anthropology at UCLA. In 2017 he received his MA in Anthropology from San Francisco State University where he was awarded the Graduate Hood honors for his master’s thesis on compiling the oral histories of the General Union of Palestine Students (GUPS) at SFSU. He was an organizer in GUPS during his time at SF State, as well as a student within Arab and Muslim Ethnicities Diaspora's studies under its director Dr. Rabab Abdulhadi. Saliem graduated from the UC Davis with a B.A. in Middle East/South Asia studies and Political Science where he was an organizer in the local Students for Justice in Palestine chapter. 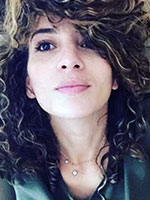 Rana Sharif is a community educator and researcher. Her most recent project explores digital culture and new media technologies in and on Palestine. Her work explores the ways in which new media technologies offer discursive terrains from which Palestinian social and political worlds often negated, come into the lexicon of experience. Rana served ten years on the board of the Palestinian American Women’s Association (PAWA) and is currently on the board of the ACLU-LA. 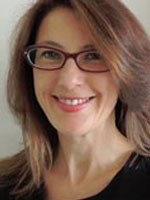 Dr. Ece Algan’s research focuses on the relationship between cultural politics and media. She has conducted ethnographic fieldwork research on local radio, emerging communication technologies and youth for almost a decade in Southeast Turkey. She is fluent in English and Turkish, which is her native tongue. Her work has been published in several media and communication journals and edited collections, and earned many awards, including a Top Paper Award at 2011 NCA, Top Faculty Paper Award at the Global Fusion 2009 Conference and the James E. Murphy Best Faculty Paper Award in 2003. She serves on editorial and advisory boards of Journal of International Communication, Global Media Journal's Mediterranean Edition and Moment: Journal of Cultural Studies.