In the Fall 2017 PR Campaigns class with Professor Nerren, the students' national PR campaign was featured on The Mighty, AJ+ and on the signs in Times Square. The campaign was for a disability nonprofit who trained a student with autism guest starring on a hit ABC television show 'The Good Doctor.'

In addition, the students' regional PR campaign collectively helped raised $4,000 for their nonprofit partner through a charity art show in Beverly Hills.

Through a partnership with The Miracle Project nonprofit, students were able to study, develop and practice Public Relations strategy and implementation on behalf of an educational theater arts program serving people with and without autism and other disabilities. Students researched, created and issued the campaign PR materials including press releases, media kits, media fact sheets, and PR reports. 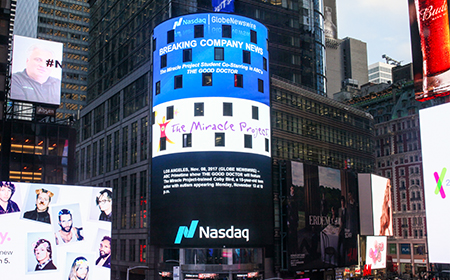